Difference-in-difference makes use of a treatment that was applied to one group at a given time but not another group. It compares how each of those groups changed over time (comparing them to themselves to eliminate between-group differences) and then compares the treatment group difference to the control group difference (both of which contain the same time gaps, eliminating differences over time). 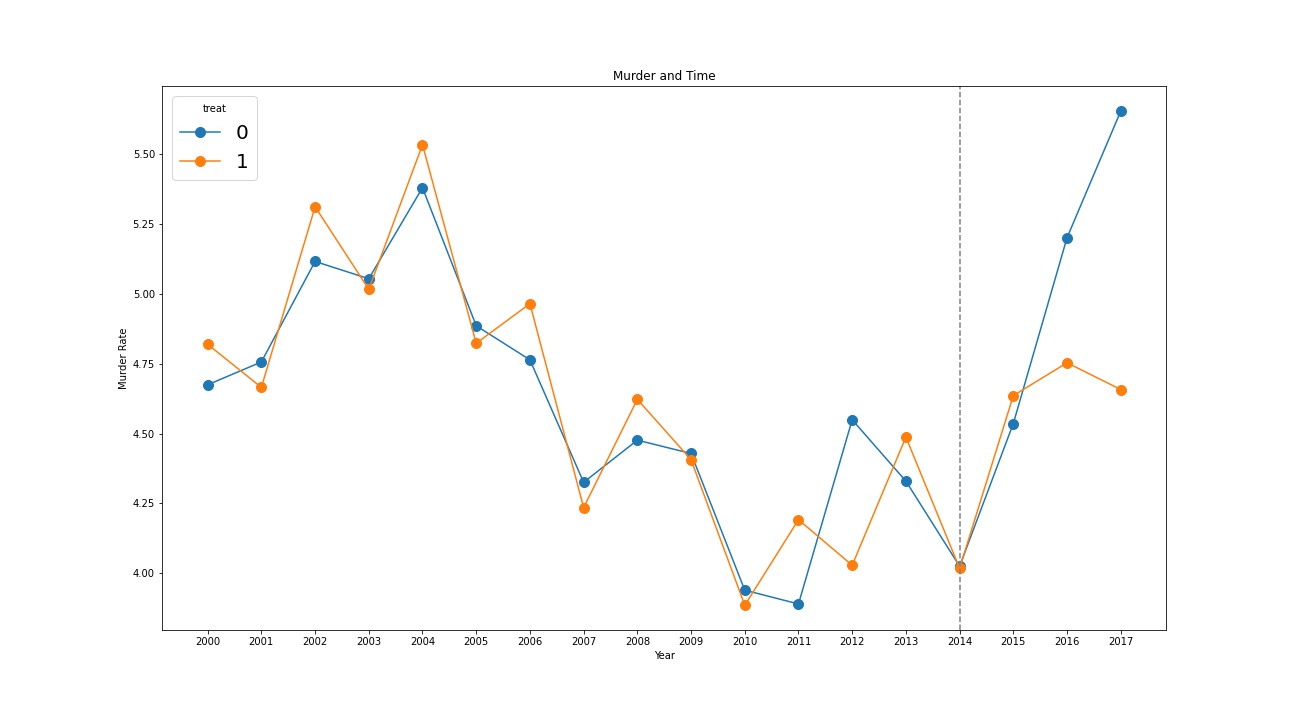 We create the indicator variable called after to indicate whether it is in the treated period of being after the year of 2014 (1), or the before period of between 2000-2013 (0). The variable treat indicates that the state legalizes marijuana in 2014. Notice that treat = 1 in these states even before 2014.

If the year is after 2014 and the state decided to legalize marijuana, the indicator variable “treatafter” is “1” .

Then we need to plot the graph to visualize the impact of legalize marijuana on murder rate by using ggplot. 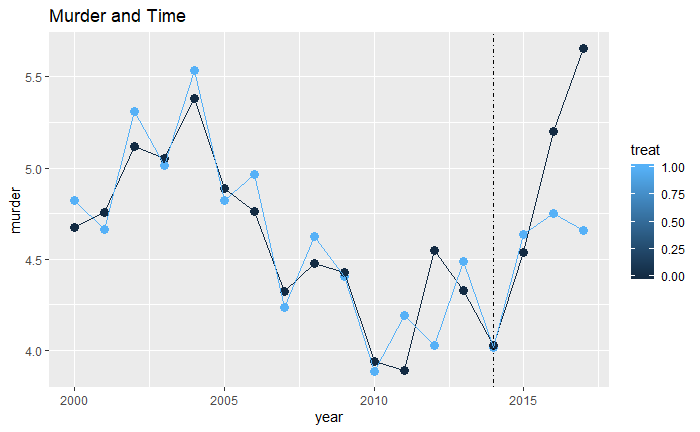 It looks like, before the legalization occurred, murder rates in treated and untreated states were very similar, lending plausibility to the parallel trends assumption.

We need to measure the impact of impact of legalize marijuana. If we include treat, after, and treatafter in a regression, the coefficient on treatafter can be interpreted as “how much bigger was the before-after difference for the treated group?” which is the DiD estimate.